In astrology, many yogas and doshas are formed which give positive and negative effects accordingly. Paap kartari yoga is one of the negative yogas that is formed in one’s chart. World Famous Astrologer KM Sinha has shared his experience of 13+ years and said that this yoga can be the most destructive one in the natal chart. This yoga can end all the positive results of other yogas if it is powerful. It gives birth to many obstacles in the native’s life. When there are cruel and bad planets in the front and back houses of any planet then it is considered as “PAAP KARTARI YOGA”. Let us understand better with the help of the following chart. 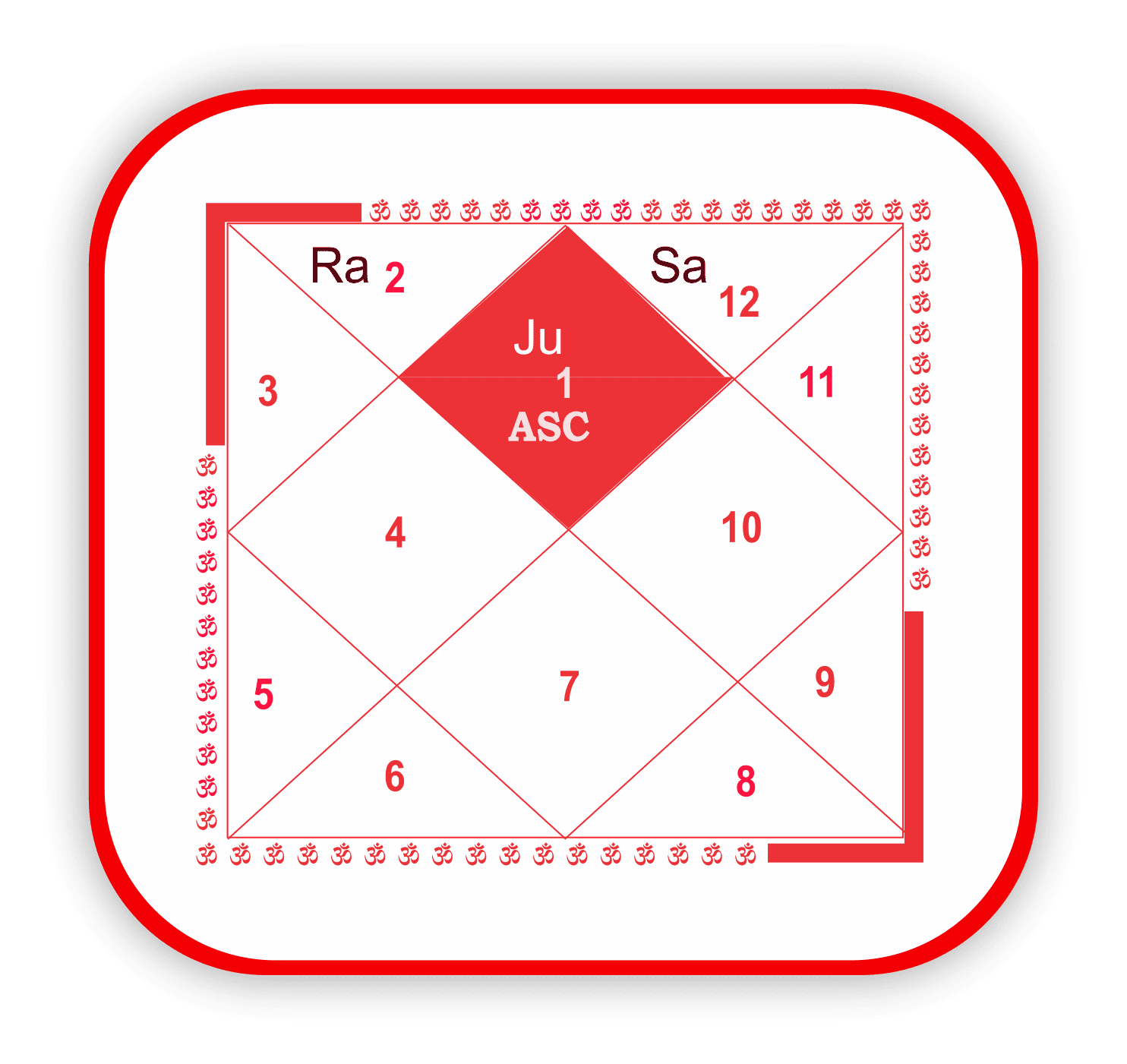 As we can see in the above chart that Jupiter is Dishabali and present in its friend’s sign so ideally it should give positive results but it will not give as it is stuck between Rahu and Saturn and forming PAAP KARTARI YOGA. As a result, Jupiter holds no power as such here. Jupiter in this chart is responsible for luck and travelling so there is a complete possibility that the native will not get much support of his luck and will often face issues for going abroad and travelling there.

REMEDIES OF REDUCE THE NEGATIVE EFFECTS