Every time we hear the word “Dosha”, we get an uncomfortable feeling and we get scared of it but in astrology, we have a solution to every problem. Being a World-Famous Astrologer, KM Sinha has been guiding people for many years for the same. People are also influenced by his best Astrology Mobile App. Now the first question that arises in one’s mind is what is the Vish Dosha and how it can give a negative influence on the native and then how it can be balanced by simple yet effective remedies. People who have been a part of his Online Astrology Course know this dosha well but in simple words for the people who are new to this is that this dosha is formed when Saturn sits with the moon planet or when any aspect of Saturn falls on the moon. (3rd, 7th and 10th are the aspects of Saturn). Let us understand it in a better way with the help of the following chart. 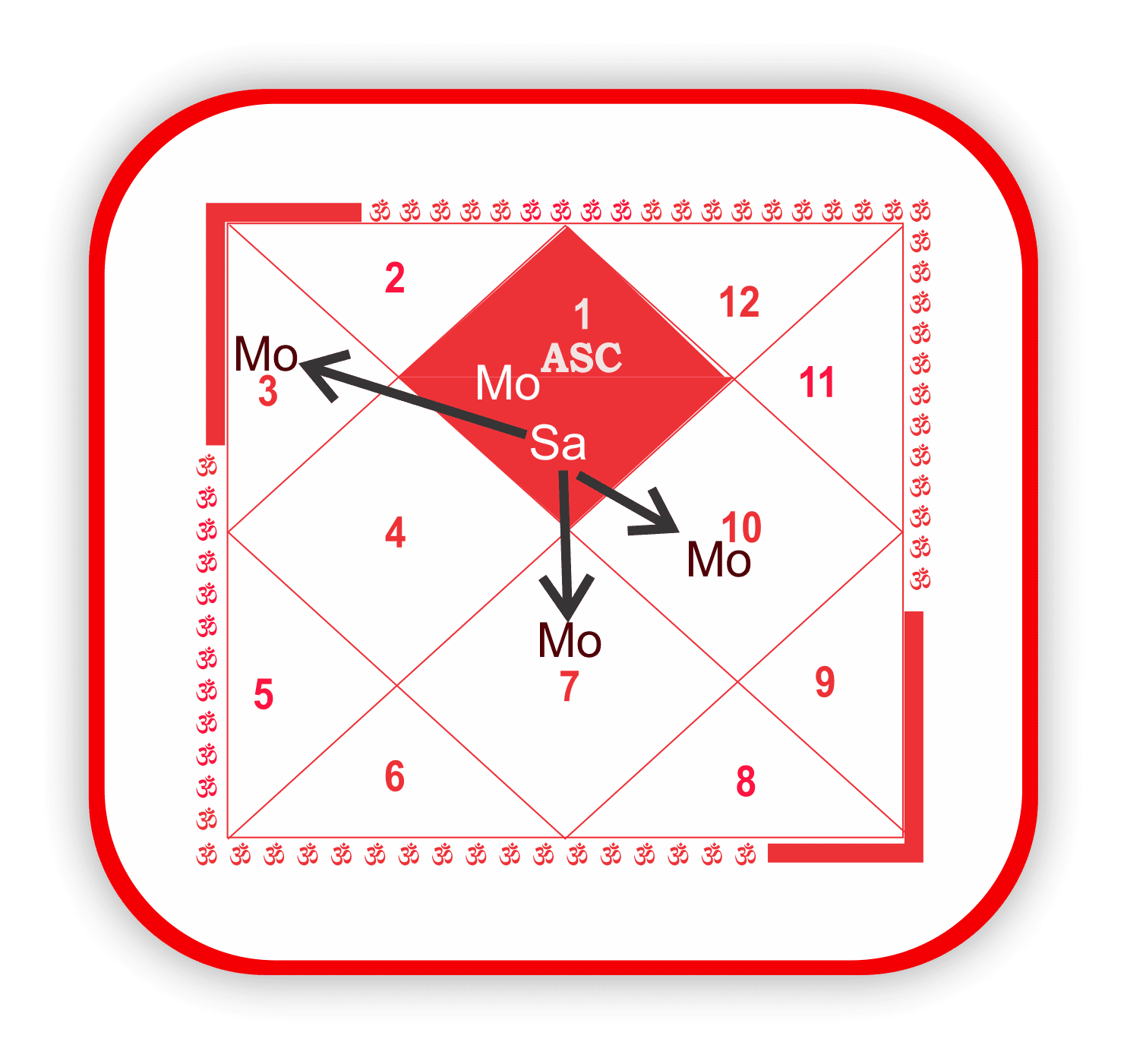 Placement of the moon and Saturn can be anywhere.

What are the negative impacts of this dosha?